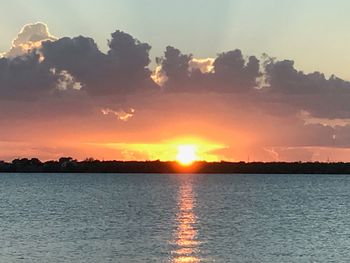 Christlight: The Prince of Peace

The words for Christlight were written 11 years ago while sitting in front of my Christmas tree and connecting with the true meaning of Christmas. Gazing into the lights, and the beauty of the Christmas tree with all of the special ornaments from years past inspired the writing of this song . Milo Deering, an amazing and talented musician created the music track and Terry Mashburn’s studio expertise brought this song to life at Big Note Studio in Abilene, TX

Songs of Spirit, Energizing, Enlightening, travels in the "Sea of Light" with a wide range of musical styles and rhythms from Texas 2-step to Caribbean Sailing Songs, new musical, "Lovespell" with Christian and Native American themes of love, peace

Cathy's newest album- "Sea of Light" -is Upbeat, Energizing, Enlightening, with a wide range of musical styles and rhythms from Texas 2 Step to Caribbean Sailing songs. Influenced by Christian and Native American teachings of love, peace, and honoring all life on Mother Earth," Sea of Light" is a compilation album from her new musical, "Lovespell" and two earlier albums, "One with the Universe" and "Sea of Light" cassettes. Cathy recorded most of her songs with Doug Hewitt at the Watercourse Recording studio in Amherst, Massachusetts. Werner John added a new dimension with his Native American flute on "Totem" and "Listen." In 1992, Cathy moved to Abilene, Texas and added some "country" to her repertoire. In 1998, Cathy produced her first musical, "Lovespell" and performed at "Eagles Landing". She worked with Doug Royston from DRB at Ardvark Studios, Eric and Laura Logan, and Matt LeSaur for the recordings and an incredible cast . "Lovespell" is a traveling, portable tiedyed musical aimed at placing a "Lovespell " on this world. Doug Royston starred as Jesus, Trudi Spring Allison played the "head angel!" "Lovespell" includes Jesus, Angels, Chief Seattle, Hippis, skaters, Native American themes and lots of audience participation . "Lovespell" is ready to go on the road wherever it is called. Cathy S. Martin is the Mother of 2, a Songwriter, Artist, Singer, Creative Psychotherapist and Counselor, Dreamer, Reiki Master, Hypnotherapist , NLP practitioner. She is guided by a strong faith, love of nature and sailing . Her music sends you on journeys around the world through mystical teachings of love, harmony, and peace . Cathy's goal is to help "Raise the Vibration of Love" through her music.

Song dedicated to remembering our connection to plants. Recorded with Doug Hewitt at Watercourse Recording Studio in Amherst, MA

Melodic, inspiring song Written for the "first love" and all "first loves"

Beautiful, melodic song focused on remembering God's Gift to all- the Gift of life

Meditation with vocals, flute, rainstick and drum beat. This is a live performance of Living Prayer at St. Paul UMC, Abilene , TX during Native American Awareness Sunday- with the Youth choir , written by Cathy S. Martin with arrangement and direction by Richard Burke. Living Prayer was inspired by a Spiritual Journey through sacred Native American sites in Arizona in Sept. 2001 ( soon after the 9 11 bombing of the Twin towers) and written at Canyon De Chelle.

Upbeat song about Sailing in the Caribbean Islands